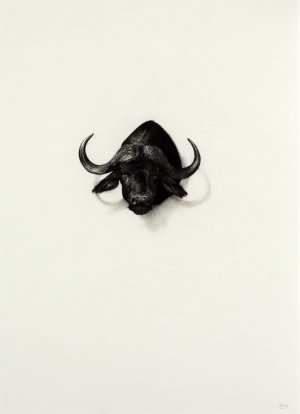 Zavros graduated from Queensland College of Art with a Bachelor of Visual Arts in 1996, has received numerous residencies, commissions and exhibitions, including A Private Collection: Artist’s Choice, Queensland Art Gallery of Modern Art, Brisbane (2013) and The Good Son; Michael Zavros, A survey of works on paper, Gold Coast City Art Gallery, Gold Coast (2009). He has served on the Visual Arts Board of the Australia Council for the Arts (2007-11) and the Board of the National Association of the Visual Arts (2014-19).

He has won three major Australian drawing prizes, including the 2002 Jacaranda Acquisitive Drawing Award, the 2005 Robert Jacks Drawing Prize and the 2007 Kedumba Drawing Award, and in 2004 was the recipient of the MCA Primavera Collex Art Award. In 2010, he won the prestigious Doug Moran National Portrait Prize, and in 2012 he received the inaugural Bulgari Art Award, Art Gallery of New South Wales, Sydney. In 2013 he was commissioned by the Australian War Memorial to paint a portrait of Victoria Cross winner Ben Roberts-Smith, and in 2016 he was commissioned to paint former Governor-General Dame Quentin Bryce for the National Portrait Gallery. Zavros’s work has been exhibited in major museums throughout Australia, New Zealand, Asia and Europe and is held in numerous public and private collections.