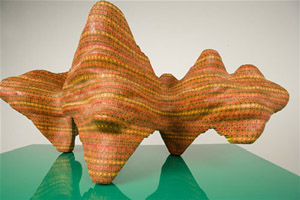 ☆ Add to wishlist
Lionel Bawden was born in born Sydney in 1974. He completed a Bachelor of Visual Arts with Honours in the painting department at The Australian National University, Canberra School of Art in 1997, after having spent six months at The China National Academy of Fine Art, Hangzhou, China in 1995.

Bawden was the recipient of the 2009 Wynne Prize, awarded by the Art Gallery of NSW and, in this year was also the recipient of the 2009 Art Omi International Artist Residency, New York, USA, through the Art Omi Australia committee. In 2005 Bawden was artist in residence at Red Gate Gallery in Beijing and, in 2004 received the ABN Amro emerging Artist Award, Sydney. In 2003 Bawden was awarded the Creative New Zealand residency at Dunedin Public Art Gallery, New Zealand, where he created the exhibition 'The Spring Tune'. Lionel Bawden is represented by Karen Woodbury Gallery, Melbourne.