Literature
Another from this edition is illustrated in
C Christov-Bakargiev & B French, 'Maddestmaximvs – Shaun Gladwell', Schwartz City, 2009, illus. pp. 56-59 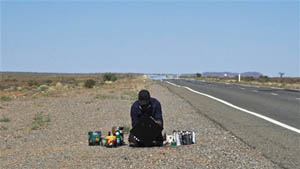