Remember Fortune Cookie Road 11. Successful people are simply those with successful habits. The pleasure we feel in art springs from the obedience which is in it. Folks who don't know how to love, love so too easily. Goodna, 2004
varnish on acrylic on canvas
180.0 x 180.0 cm 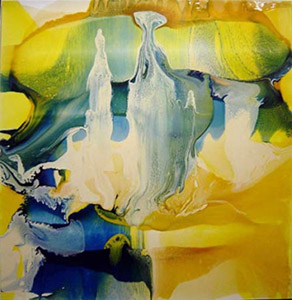