While Dale Frank's images evoke something of another dimension, of incongruous forms and conceptual abstraction the titles attempt to ground them in a tangible locale (real world). This dichotomy of the local and the surreal reveal an obvious intellectual conceptual approach by the artist. While the plasticity of the paint and the movement of the form appear to take central importance, the ideas and cerebral dexterity through which Frank works construct the beauty of these varnished pools. 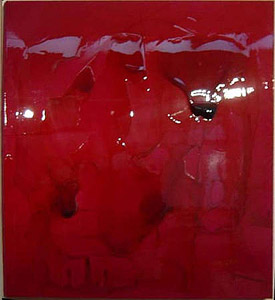