'Boyd's talent for historical extraction and contemporary remodelling that plays off Australia's collective historical consciousness, reminds us that history is not one-sided but multi-faceted, and that Australia's Indigenous narratives are as real and as valid as those written in the accepted history books' (Tina Baum, 'Cultural Warriors - National Indigenous Art Triennale 07', exh. cat., Canberra, 2007, p.72) 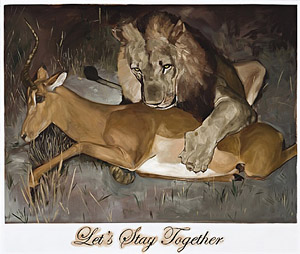