“[Opus 235], too, is a shaft
construction made of wooden found-objects, many of which had served a previous
purpose in providing him with forms he had cast in wax as a prelude to eventual transformation into bronze. Now, as a final service, they have been assembled in a fanciful minaret, painted with enamel and Liquitex and enhanced still further by a collage of adhesive plastic.” (Gleeson, Robert Klippel, p. 301.) 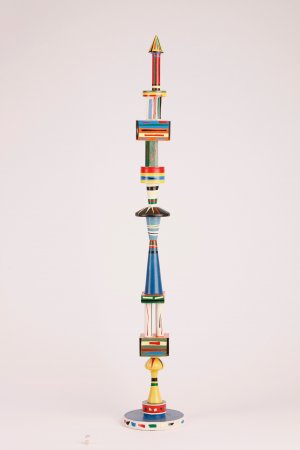