According to Cassi Plate, daughter of Carl and Jocelyn Plate, this painting was considered for the  Project
22, Carl Plate 1909-77
, Art Gallery of New South
Wales, Sydney, 19 November-18 December 1977. 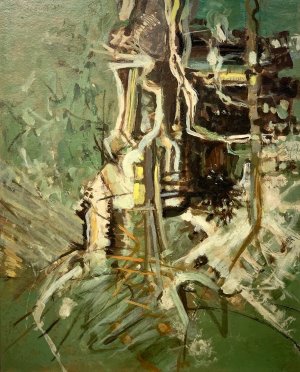