Provenance
Galerie Lelong, New York
Acquired from the above on 11 April 2007 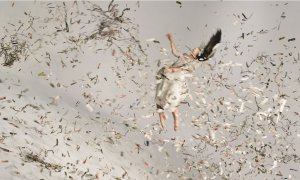