Western Pure Land, 1999
acrylic on canvas
182 x 152 cm
signed, dated and inscribed with title ‘WESTERN PURE LAND/Tim Johnson 99’ and with label from the Museum of Contemporary Art, Los Angeles (all on the reverse)


Provenance
Mori Gallery, Sydney
Acquired from the above in 2000 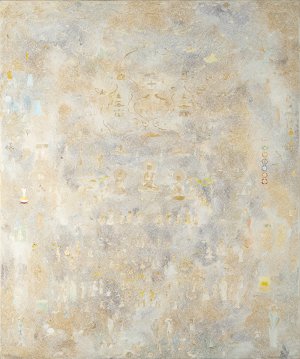