This work is in the collections of
The Walther Collection, New York, United States, and Neu-Ulm, Germany

Permanent Error (2010) is a series of photographs taken by Pieter Hugo over two weeks in Agbogbloshie, Accra, Ghana in 2009-10. Situated along the Odaw River, which flows into the Korle Lagoon, Agbogbloshie is West Africa’s second largest processer of electronic waste. At the same time, it is home to around 40,000 Ghanaians, many of whom migrated from rural Ghana for work.

Factories smelt these discarded parts into raw materials, but this has come at a huge environmental and human cost, with hundreds of thousands of tonnes of electronic waste and chemical pollution of the air, waterways and land. Because of the devastating conditions faced by its residents, the locals call the area “Sodom and Gomorrah”.

Reflecting on his time in Accra and the Permanent Error series, Hugo has written of the political role he hopes his images may have as objects both of art and photo-journalism: “I think it is fair to say that Agbogbloshie is a dark and dirty monument to the digital age, to our faith in technology and its built-in obsolescence. This idea of surplus and waste, which is key to our digital experience, is not one that many people seem comfortable addressing. Being in an environment like this, where geopolitical imbalances are being exploited to effectively dump waste on poor countries, it is hard not to take a political position. And so I have let my photographs be used by advocacy groups.”

Pieter Hugo (b. 1976) is a photographic artist based in Cape Town, South Africa. Born in Johannesburg, Hugo is best known for his portraits, which depict each sitter in their respective landscapes from inner cities to the African savannah. 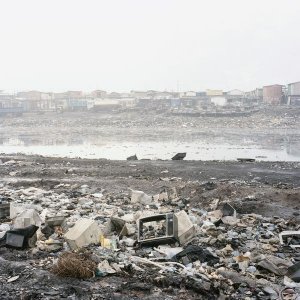 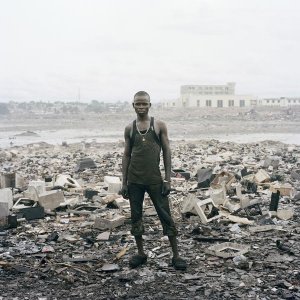 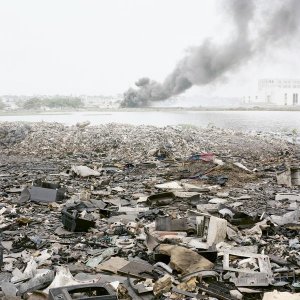 Image courtesy of the artist and Stevenson, Cape Town and Johannesburg