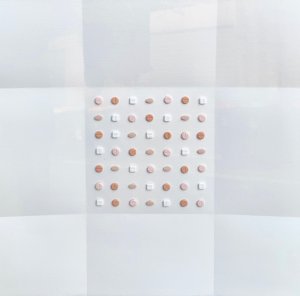 ☆ Add to wishlist
Hossein Valamanesh was an Iranian-Australian artist whose works reflected on the tenuous boundaries between life, death, humanity and nature. Born in 1949 in Tehran, Valamanesh studied fine arts before emigrating to Australia in 1973. He settled in Adelaide, where he lived and worked for the rest of his career. Aligned with the arte povera or 'poor art' movement in Italy, Valamanesh's work applied great economy of form, materials and composition.

Engaging with Sufism, Buddhism and the natural world, there was a strong spiritual dimension to Valamanesh's oeuvre, as well as a desire to explore his personal history as a migrant. He is perhaps best known in this respect for his performance Longing, belonging (1997; Art Gallery of New South Wales Collection, Sydney) in which he lit a pyre atop a Persian rug in the middle of the Australian outback. Yet, as the artist once told the critic John McDonald, “It’s a presumption that everything I do must have some relation to my cultural background as though I’m not observing what’s around me. It’s a big mistake.”

Valamanesh collaborated with his wife, the ceramicist Angela Valamanesh, on major installations including An Gorta Mor (The Great Irish Famine Memorial) (1999), Hyde Park Barracks, Sydney and 14 pieces (2005), North Terrace, Adelaide. Their final collaboration was exhibited at the 2022 Adelaide Biennale. Valamenesh also collaborated with his son, the multimedia artist Nassiem Valamanesh, on the moving image work What Goes Around (2021).

Major lifetime surveys of Valamanesh's work were held at the Contemporary Art Centre, Adelaide (1990), the Art Gallery of South Australia, Adelaide, and the Museum of Contemporary Art, Sydney (2001-02). A major retrospective, Puisque tout passe (This will also pass), was held at the Institut des Cultures d'Islam, Paris, France in 2022.