Five panels of identical height with widths slightly varied, form the back bones of Janet Laurence’s Light Seed (circa 1991). Seemingly disparate elemental materials such as wood, steel, and oil find an unexpected harmony in this work that straddles the realms of both installation and painting.

In this work, Laurence’s vertical panels evoke the minimalist qualities synonymous with the modernist grid. The work’s scale also conjures a similar geometric presence to that of Sol Le Witt’s paintings and wall drawings. This unique sense of physicality was an intentional point of exploration in Laurence’s late 1980s and early 1990s panel works.

As the artist explains:    “I was really interested in the haptic experience of the body and how differently we relate to matter and how it is remembered by the body,” she says, adding, “the panels became like charts: a way of setting up an experience. So the big panels along the wall, which you move past, have a bodily scale and they are like bodies of matter.”[1]

However, unlike her modernist predecessors, Laurence’s use of the grid transcends its formality as she introduces elements of movement, texture and chance. Seeds have been scattered and oiled on, whilst the natural lines in the wood warp and curl around the surface of the middle panel, contrasting the cool austerity of the steel on the far left. Light Seed is emblematic of Laurence’s ability to unite elements of order and chaos in the same frame, holding both in a fragile harmony.

Light Seed originated from an important moment of transition in Laurence’s career. Increasingly interested in pushing the parameters of what constitutes an art object, her practice would continue to morph into the pubic space grappling with the scientific, artist and museological. Often defying Art Historical categorisation, Laurence’s artistic scope remains concerned with the interrelatedness of all things. Ideas of transformation and alchemy allow her to bring together seemingly irreconcilable ideas and materials to create new artistic possibilities. Ultimately, her works call for a profound sense of empathy for the environment around us, inviting the audience to reconsider the fragile beauty of the natural world and our place in it.
[1] Rachel Kent, Janet  Laurence: After Nature, The Museum of Contemporary Art, Sydney, 2019, url: https://www.mca.com.au/artists-works/exhibitions/janet-laurence-after-nature/ 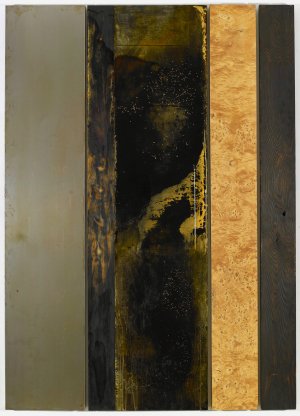