"The machine-form components fused into the primary geometric form so smoothly and with such a feeling of inevitability as to eliminate completely any suggestion of a translation (from the wood sculptures). By one of those aesthetic masterstrokes which turns improbability into triumph, Klippel's bronzes bring together two disparate trends in a resolution so complete that it is hard to imagine how difficult it must have been to attain." (James Gleeson, Robert Klippel, Bay Books, Sydney, 1983, p. 417) 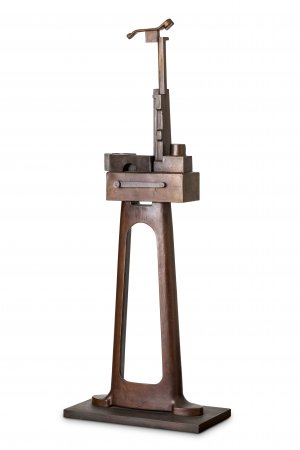 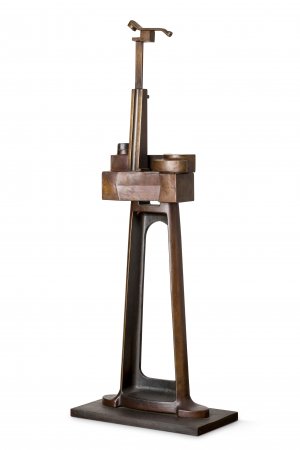