Provenance
Robert Lindsay Gallery, Melbourne
Acquired from the above on 18 February 1998


"Hearman's paintings bring to light the scattered thoughts, memories and impressions that pass through her mind. She imposes no order on this material, and looks for no master narratives. She is as much conduit as creator. Her goal is to make these spectral images as concrete as possible. It is not enough for her to merely suggest an object - she wants to depict it in perfect clarity, spotlit against a darkened backdrop. We emerge from Plato's cave, flick a switch and feel the shock of recognition" (John McDonald, Louise Hearman, MCA, Sydney, exh. cat. 2016, p.18) 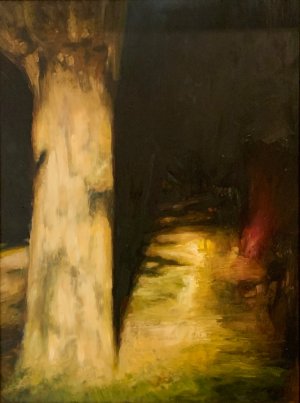