Tony Clark’s Myriorama series is a project of more than three decades that the artist began in 1985. Literally meaning "ten thousand scenes", Myriorama was first coined by the English artist John Clark (no relation), who created a series of landscape cards that could be conjoined or arranged in any order to create new views and combinations. With just 16 cards, a staggering 28 billion unique combinations could be created along a shared horizon line or in disjointed grids, a pursuit which became a popular children’s game in the early nineteenth century.

Clark was struck both by the playfulness of the concept, but also its conceptual implications.

The artist has said that there is something of Pop Art in the replicability of the Myriorama, and that the project is best conceived as a modular or even a sculptural series, like the work of American minimalists Donald Judd and Carl Andre.

The ability to arrange the works as one, introduces an abstract and conceptual edge to an otherwise representational landscapes. In the same way, there is a blend of irony and admiration for the landscape genre that Clark has worked with for so long. “I like starting with a truism, or a cliché or a tautology,” the artist has said of the series. “Irony is a subordinate element in the project. It is part of the structure of the work, part of the initial set-up, the machine. By having it there in that way it then leaves me free to develop an attachment to the imagery and see what I can do with it…In any case, I think there is always something underneath ironic gestures. It’s just if people own up to it or not.” 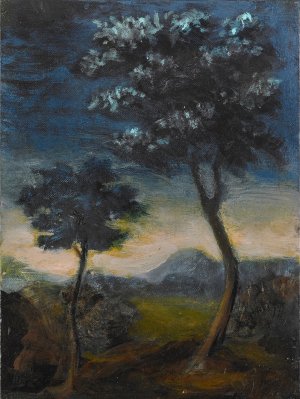 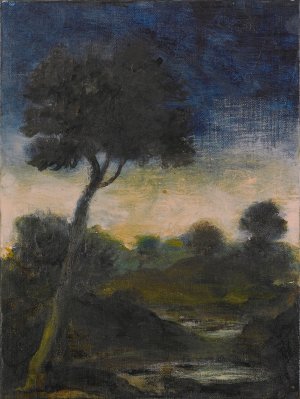 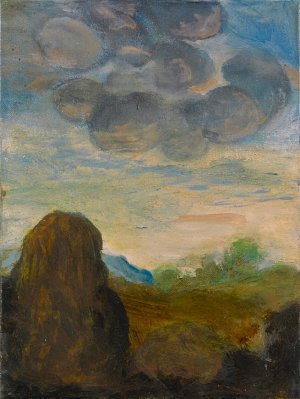 ☆ Add to wishlist
Tony Clark is a leading conceptual painter who has exhibited extensively in Australia and Europe for more than 30 years. He was born in Canberra, but has lived in London, Melbourne and Rome. He now divides his time between Sicily and Australia. It is in the European cities that the artist developed an early and longstanding passion for classical art, architecture, landscape painting and literature. Returning to Australia in the 1970s, he became a major figure in Melbourne’s experimental art and music scenes with the likes of Nick Cave and Howard Arkley. Clark studied art history but was a self-taught painter. His celebrated contemporary paintings are forged from this fascination with the artistic traditions of the past.