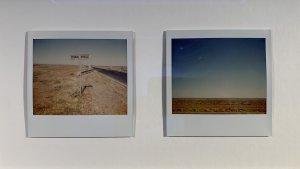 Image courtesy of the artist and Anna Schwartz Gallery, Melbourne