Provenance
The artist
Contemporary Collection Edition for Art Gallery of South Australia benefactors, Adelaide
Acquired by the present owner on 13 May 2009 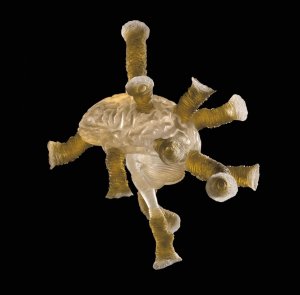 Hall’s work is in the collections of all major Australian galleries, as well as numerous regional, corporate and private collections. She has also completed a number of important public commissions, including: Folly for Mrs Macquarie, Sydney Sculpture Walk, Botanic Gardens (2000); Fern Garden, National Gallery of Australia, Canberra (1998); and Occupied Territory, commissioned for the opening of the Museum of Sydney (1995).