Provenance
Roslyn Oxley9 Gallery, Sydney
Acquired from the above in 2003 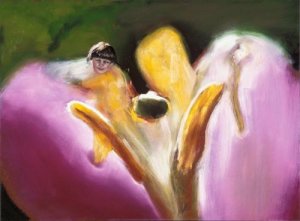 Louise Hearman studied at the Victorian College of the Arts, Melbourne, and began exhibiting in 1987. Most recently, a major solo exhibition ‘Louise Hearman: Against the Grain’ was held at the Museum of Contemporary Art, Sydney, 2016. In 2016, Hearman received the Archibald Prize, Art Gallery of New South Wales; and in 2014 she received the Doug Moran National Portrait Prize. Her work has been collected by state and regional galleries, and her work is represented by Roslyn Oxley9 Gallery, Sydney and Tolarno Galleries, Melbourne.