These ten miniatures have been selected from works that Klippel made from 1985-1995. They see Klippel’s return to representation, with the techniques from the larger scale sculptures applied to great effect in diminutive renderings of mechanical forms – bicycles, trumpets and umbrellas – as well as natural ones. The heart of the works are their warm, good-humoured nature, manifested through their striking colour and instantly identifiable symbols like Cupid’s arrow striking through a heart. There are nods, too, to the Australian art world, including an old orange badge that patrons used to receive upon entering the National Gallery of Australia. 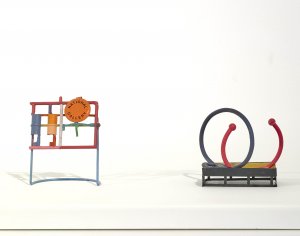 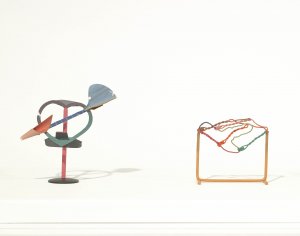 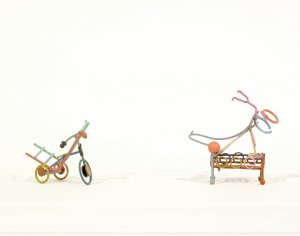