Provenance
GOMA/Queensland Art Gallery store, Brisbane
Acquired by from the above by the present owner in 2011

Exhibited
Other works from this series were exhibited in:
21stCentury: Art in the First Decade, Gallery of Modern Art, Brisbane, 18 December 2010 – 26 April 2011 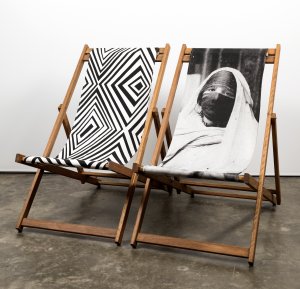