Provenance
Gallery Barry Keldoulis, Sydney
Acquired from the above by the present owner in 2004


No. 2 from an edition of 3 (first edition).
A second edition of 3 was made for the National Gallery of Victoria, Melbourne in 2010.

"The title blue poles makes particular reference to a work by Jackson Pollock to highlight the role of appropriation within Western art movements. (Pollock’s appropriation of First Nation ground works is widely critiqued.) But it also captures a number of interconnected ideas.

For example, blue poles also considers the extraordinary work of the late artist Gordon Bennett, who was the leading Aboriginal voice on appropriation in Western art and often looked at Pollock’s practice.

It also looks to the Australian modernist painter, curator and former Art Gallery of NSW director Tony Tuckson. Tuckson, much like Pollock, was inspired by Indigenous art movements. However, he actually owned his modernist point of inspiration and spent much of his life dedicated to Indigenous art. Not only did he provide the Art Gallery of NSW, but all Australian galleries, with a foundation to understand, display and curate Aboriginal art. The level of dialogue with ‘primitive art’ – as Tuckson called it at the time – achieved within his practice is unparalleled.

And then, as you mention, the title also references Pollock within an Australian context. The Whitlam government acquired the painting for the National Gallery of Australia in 1973. During his term, Whitlam generated important reform for Aboriginal people. So thanks to Whitlam, and Tuckson and Bennett, Aboriginal people will always be in dialogue with the western canon and not just a subject. This work thinks about these national works, issues and people to generate a better understanding of them." (Jonathan Jones interviewed by Lisa Catt https://www.artgallery.nsw.gov.au/blog/posts/artist-interview-jonathan-jones/) 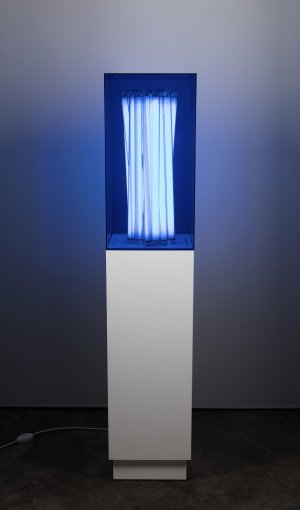