‘Marrinon’s affinity with popular art forms, such as comic strips, films, fashion illustrations and advertisements has encouraged commentators to call her a latter-day Pop artist. Robyn McKenzie aptly dubbed Marrinon’s melding of high and low culture ‘border crossing’ and saw her using one of Pop’s classic effects, ‘the introduction of mass cultural material into the realm of art (which) brought into focus and into question the distinctions made between two realms of culture. Humour, wit and playfulness have been taken for ‘subtly parodic cultural amalgams’, suggesting that Marrinon combined high and low, the amateur and the professional, to take the mickey out of art’s established conventions. 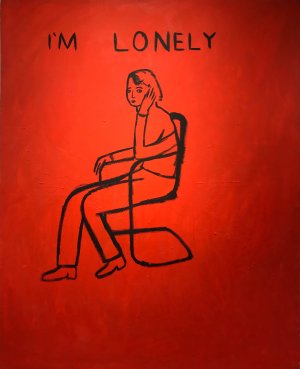